Home News and Blogs Is your money too little to do much? 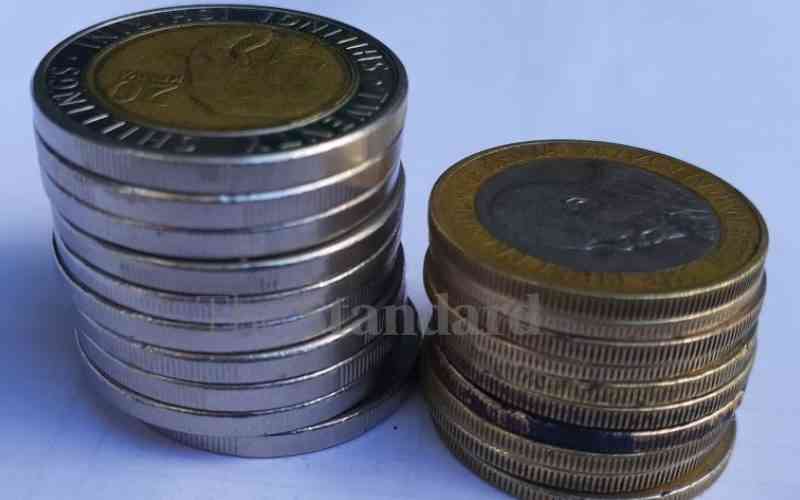 There is a widely accepted mantra among Kenyans on money use: “if that money cannot solve your problems, then eat it”.

It is one of the glorified sayings about money. Probably the most glorified considering how it gives birth to other hilarious sayings and memes of individuals mimicking how they started their ‘thriving’ transport businesses with just one tyre or fast food restaurant with one potato.

Such sayings and memes reflect these tough times that many are living in courtesy of the high inflation rate, increase in commodity prices, and the reeling residual effects of the Covid-19 pandemic on the economy. The political season that is now expected to slow down after the just-ended General Election, has not been friendly either.

Payday for many then becomes a grueling experience. Even those who are poor at mathematics become Albert Einstein of some sort– at least for that day – in a bid to stretch every coin against the mountain of needs they have.

‘Eating your small money’ because it is small’ may not be a sound piece of advice, but it is presented as an equally good mantra to live by for solving problems, especially by those who subscribe to the You Only Live Once (YOLO) mantra.

All these strategies offer one whimsical relief of some sort.

But is there small money? And how much is that? What then should you do or not do if your money is regarded as ‘small’?

Fortune Sacco Nairobi branch manager Alexander Ngotho notes that this argument is a cry of desperation.

“Such statements are made out of desperation,” he said during an interview with a local media outlet.

According to him, this mantra on small money reveals the lack of know-how on how to budget. He points out that individuals who subscribe to such thinking, do know that however small the money may be, a certain percentage set aside can safeguard your future.

One point of concern, he notes, is that individuals do not live within their means.

“If you have to look at the income, then live according to that income,” says Ngotho.

He cites an example of someone who earns Sh15,000 and shares practical ways they can limit their budget to that figure.

“With that amount, you have to live in a house that is way below Sh10,000. You have to stay in a house you can afford to pay comfortably and still have extra money for food and other needs,” he explains.

Smart with your choices

Nothing is too small to plan with, it is about being smart with your choices.

“There is no small amount of money. It is just how you can manage that amount to make sure you are able to attend to the needs you have.”

According to data from the 2021 Economic Survey compiled by the Government statistician Kenya National Bureau of Statistics Economic Survey, there were 2.7 million Kenyans on wage employment (any salaried or paid job under contract (written or not) to another person, organisation, or enterprise in both the formal and informal economy).

Individuals earning Sh100,000 and above are 79,909. According to these figures, the little one makes, as noted in a recent survey by Enwealth, a financial services company, the less money they have to save.

“The respondents who reported to earn the highest level of income, that is above Sh150,000 also reported to save above 30 percent of their income,” reads the survey published June 2022 in partnership with Strathmore University and Institute of Human Resource Management titled Savings and Investments Behaviour among Kenyans.

It adds that most respondents who reported earning below Sh60, 000 had a small percentage allocated to savings, which indicates low disposable income.

Chief executive officer of Zamara Group, a financial services company, Sundeep Raichura notes that even saving small amounts is vital for one as retirement and old age beckon.

“Life when you no longer have the ability to work can be especially difficult for people who were used to receiving monthly income,” said Raichura during a financial inclusion training in the North Rift for the jua kali sector, which is informal and synonymous with low earnings.

The training said Raichura, aimed at instilling confidence in individuals and groups within the informal sector to take advantage of modern risk management methods as well as reinforcing the implementation of retirement benefits to the forgotten millions of Kenyans. He said saving small amounts on a regular has the potential to safeguard one’s life on retirement.

“We want to talk about the importance of saving in order to properly plan for old age. Small amounts put aside with some regularity can grow into a nice little nest egg.  We need to start thinking more seriously about our futures so that we can provide better lives for ourselves and our loved ones as well,” he said.

While the Covid-19 pandemic was regarded largely as a setback for many, Ngotho notes that this was a chance for individuals to readjust how they spend. Especially if one had their pay slashed as a result of the business environment.

He says one way of managing the small amount you have is to be true to yourself.

“Like now if you have lost a job while you are staying in Donholm where the rent was Sh20,000; you have to be true to yourself and admit that ‘I cannot afford this rent’,” Ngotho says.

If one used to club every day, they can reduce the frequency.

“Come to terms with reality. Accept that these things are happening and ask yourself: how do I turn things around?” he poses.

Adjusting may also involve changing schools for your children.

“We also have good schools at a lower price. When things turn around, then we can adjust,” he says.

He says even with the money that is considered small, one saves if they attach a particular goal to those savings.

“The reason why people do not save is that they do not have a goal. They may also not have a path where they want to be may in the next one or two years down the line,” he says.

Ngotho says most times when the salary hits the account or when one makes that sale, they go on a spending frenzy, and soon they have nothing left.

“That is when you look at your balance and say “ahh, I am left with this amount of money and it is too small. I might as well just eat it all,” he explains. But with a goal comes focus.

Maybe if you do this, you can become a true motivation to those hilariously making fun of successful individuals saying they started hotels with one spoon or that poultry farm with just an egg.

email
Previous Post Are you a youth? Why you should invest in a Sacco.
Next Post Why a scarcity mindset can cost you