Home News and Blogs Are you a youth? Why you should invest in a Sacco. 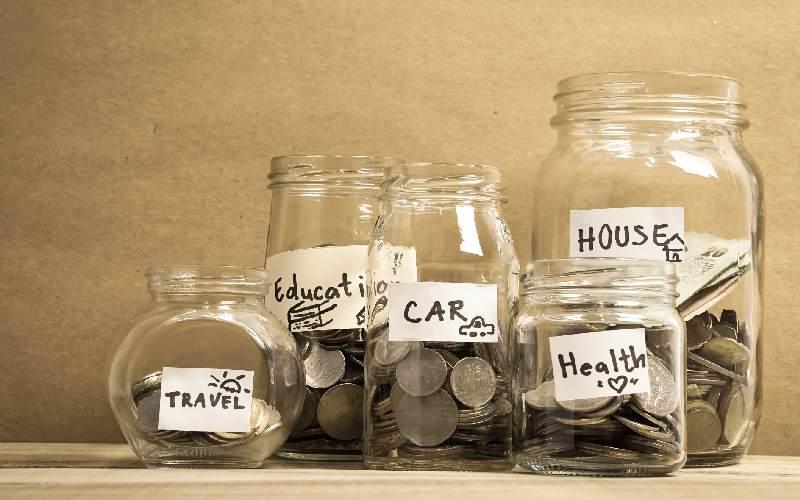 The evolution of mankind has influenced the way humans interact with their wealth, with savings, investment and credit access at the fore in every financial decision that we make.

And while Savings and Credit Cooperatives (Saccos) have been in existence for years and have been lauded as priceless savings and credit extension avenues, there is a universal feeling that the youth are now giving them a wide berth.

Saccos have been increasing, pretty much like every other business, as cons try to compete with legitimate dealers in a world where only the fittest, and the wittiest, can survive.

Even with offers flying in from every direction, it looks increasingly difficult to convince the youth to save in Saccos.

John Warui, the chief executive of Network Sacco, which has an asset base of over Sh210 million and member deposits of more than Sh150 million, says the younger generation has been brought up at a time when obtaining credit from other financial institutions looks easier and attractive, and as such a good alternative to Saccos.

“The older generation found banks from which obtaining credit was hard. As a result of that, people came together to create something,” he says.

“Now banks have easier loaning terms; with only a payslip, you can get credit. The processes are simple, fast and automated. On your phone, you can get money within no time. That opposed to a Sacco, where you need to have saved for some time to qualify for credit.”

A desire for instant things, experts say, which the millennials and the centennials have been accused of, sees them consider saving in Saccos a waste of time.

But with such stringent requirements like  – must have faithfully deposited for a considerable period of time to qualify for credit – should anyone consider joining a Sacco?

“In a Sacco, you make your cake and eat it,” says Warui. “By being a member of a Sacco, you are a shareholder. You earn a dividend as an owner and interest on deposits as a shareholder. In a bank, your savings are used to make profits for the bank but you get nothing from that.”

In a Sacco, every member is eligible for election into the board of directors in the annual general meetings.  Saccos are democratic institutions where, irrespective of the amount of savings, anyone could rise to the echelons of leadership.

In other saving platforms, such as banks, customers remain customers, without a chance of rising into an administrative level. Dividends are shared only amongst shareholders. Customers are not part of this arrangement.

George Ototo, the managing director of Kenya Union of Savings and Credit Cooperatives (Kusco) says a Sacco gives one more than just a savings avenue and credit source.

“There is more than just loans in a Sacco. Members also get trained,” he says.

“Also, if you want to get credit, you will barely come across anyone who will charge you interest rates lower than what Saccos will. Banks and shylocks will have you paying heavier interests.”

Due to their friendly terms on credit, Saccos promote growth of business more than any other financial institutions out here, he says. This ensures that their members are always stable.

Skepticism around Saccos is not founded on any evidence of weaknesses in Saccos, Ototo says, because those who claim that Saccos are prone to failure ignore the fact that other businesses fail as well.

“Even banks fail, we have seen that. Many businesses crash. This does not only happen to Saccos. I know of so many Saccos that were in existence when I was born and that are still doing well,” he says.

It is upon potential members, however, to do due diligence and ensure that they are not defrauded in a Sacco. Fraudsters have also raised their game and are attracting naïve Kenyans into their traps.

“Institution-based Saccos are the best as there is a common bond and considerably high dividends. Those just advertised need to be avoided because proving their authenticity is difficult, and some of the people running them might not even understand how Saccos work,” warns Ototo.

Kussco is the voice and umbrella body of Saccos and whose job is mainly advocacy and representation.

Warui says people in Saccos should, however, watch out for guarantees who are ill-mannered and who are likely to exit without paying their loans.

Sacco members can borrow as much as three times their savings as long as they have guarantors.

It is only after a member wants to terminate their membership, however, that they can access their savings. This is unlike in a banking system where, without warning, a customer can withdraw all their savings.

Some of the Saccos out here are also run like microfinance institutions, where the directors run it like their own companies.

“You know Saccos should be run by members, who form the board. These others that are run like private companies are dangerous. When the directors feel they have collected enough money, they could bolt.”

He faults the Ministry of Cooperatives for failing to crack the whip on Saccos that do not meet standards, and whose administration is suspect.

Ototo says the youth, generally infamous for living in the present alone, should start saving for the future.

“If you do not save, you deny the country a critical mass of savings. 30 per cent of the gross domestic product is contributed by Saccos,” he says.

Kuscco, in its website, notes that people saving money in lean times, such as during the ongoing Covid-19 pandemic, helps institutions remain in a good financial situation that contributes to the welfare of the members post-pandemic.

“With the financial crisis and more people than we can keep up with getting laid off, Saccos are highly influenced. Members suddenly have to withdraw their savings to cover basic needs, “Kuscco writes.

“In times like these, society must collaborate and jointly create a better environment for everyone. Joining a Sacco now will contribute to the nation’s economic resilience and in turn, boost the institution’s ability to support members.”

Ototo insists that the biggest employer of the youth in the country is Saccos, with over one billion people in the world members of Saccos.

email
Previous Post 15 Money Saving Challenges to Try in 2022
Next Post Is your money too little to do much?