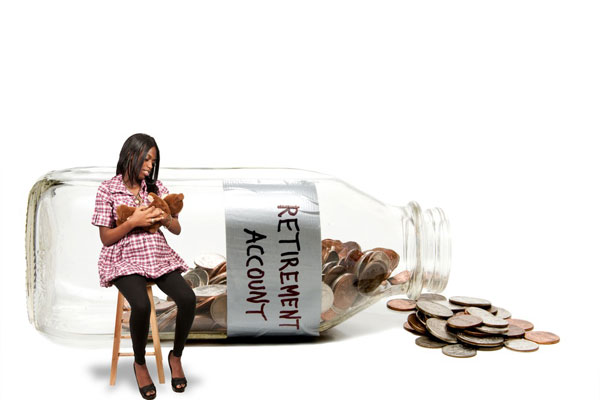 Financial experts say saving is the beginning of the road to creation of wealth. They add that a country of robust savers has high chances of significantly reducing poverty and building a firm foundation for economic take-off.

The question then is; how is Kenya doing in as far as saving is concerned? The answer is not impressive as most Kenyans are not only poor at saving, many in fact live beyond their means.

A quick look at our society today will show you just how rampant and entrenched the spending culture is. Every person you brush shoulders with on the street is busy trying to keep up with the Joneses as it were. It is some sort of a competition, nay a rat race.

Nothing entirely wrong with this except that it is a recipe for a mountain of debts and an endless struggle to live a comfortable life now and in the future.

The Kenyan habit of splurging and even taking unnecessary loans to meet their seemingly insatiable consumerism is worrying. A 2016 report by The World Bank says that savings among Kenyan households are not only low and declining, but are also lagging behind other economies in the region, which are less economically endowed.

Instead of saving, Kenyans are relying on loans as a source of ready cash to spend on objects of their desires. Our banks are increasingly dishing out loans on the strength of a payslip or from a person’s financial history. The consumerism is being fueled by these easy loans by financial institutions that are eager to attract customers by all means.

A number of factors explain this depressing situation, prominent among them are low incomes, the fear of loss of money due to collapse of financial institutions and failure to entrench the savings culture among citizens from a young age. There is also inadequate financial education on the importance of saving.

The youth especially refrain from saving out of the misguided belief that you need to earn a lot to save. So they continue spending all that they earn waiting for the time when they will get a salary increase or when they will finish paying off all their loans. The reality is that such a perfect day will, like a mirage, never arrive.

If you have not adopted a savings culture, you may never have enough to save.

Why saving culture is important

Wealth creation is the ultimate goal for the average person. However, few know that to build that wealth, you have to save. The Kenya Union of Savings and Credit Co-operatives Union (Kuscco) Managing Director George Ototo, says saving some money now is the best way to secure a comfortable future.

Savings, he says, also act as a cushion against life’s unexpected turns. “Saving whatever amount of money on a regular basis helps one become financially independent and be able to face unforeseen expenses and emergencies,” says Mr Ototo.

Financial analyst Ms Gladys Moraa says the public can’t adopt a savings culture until they are educated on the value of money and the benefits of setting aside some money, especially in the long term. She says the best place to start entrenching the culture of saving is in the school curriculum.

“The school curriculum has to be looked into urgently and financial literary lessons introduced. Institutions can also come up with money clubs where issues on savings, investments and loans will be discussed at length thereby inculcating a prudent savings culture early in life,” she says.

There is also the urgent need for increased public awareness. Ms Moraa recommends awareness campaigns in which all sectors of the community participate. This should include churches, counties, schools and even political forums.

She however says education is not enough and must be followed by implementation of lessons learnt.

Analysts say a nation’s saving culture begins with individual citizens. Ms Moraa asserts that this means each Kenyan deliberately coming up with a personal strategic plan which will compel them to set money aside for specific short-term, mid-term and long-term goals.

“Yes, we admit the cost of living continues to rise every day but one must learn to live within their means and savings is part of that,” Ms Moraa says. “If a lifestyle compels you to spend all your earnings, then you need to urgently rethink your strategy.”

Kenyans, she says, must look at their immediate “must-do”’ needs and make a decision on the best mode of savings. She recommends that each individual sets aside 10 to 15 per cent of their monthly income for retirement emergency fund that can cover between three to nine months of their daily needs. The secret, she advises, is to start saving now and regularly until you have built a healthy, ingrained habit.

Financial experts counsel low-income earners, who think that one needs to have a lot to spare to be able to save, to join common interest groups such as chamas. These groups provide those with lesser incomes opportunities to engage in table-banking where they pool resources for a common gain.

Low earners could also set up merry-go round where members collect money and give out to a member periodically until all members have received their share.

Kuscco Managing Director George Ototo says savings is key to a blissful retirement. This, he says, is where Savings and Credit Co-operatives (Saccos) come in handy. Saccos are especially effective in establishing a saving culture because to be eligible to be a member and get a loan, one must save. The element of saving is thus inherent in the Sacco sector

“You can save by investing in Sacco shares, unit trusts or putting money in a fixed interest account but remember you need to set goals in life that will compel you to set money aside for various ends” he adds.

Creating a vibrant savings culture, Mr Ototo says, is the responsibility of the people as much as it is the duty of financial institutions.

Banks and Saccos can start meeting their end of the bargain by developing savings products that target the youth. This would help young people come up with income generating activities that will enable them fend for themselves and have a little left for saving.

Some Saccos, Mr Ototo says, are headed in the right direction as they are now engaging the youth through social media such as Facebook, Twitter, Instagram and pinterest . “Internet and mobile phone baking is safer and available round the clock which opens new opportunities for all Kenyans regardless of their status,” he says.